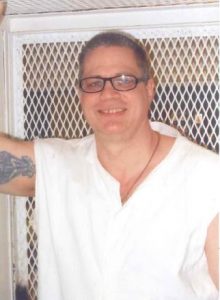 Deep in the heart of Texas, the blood of executed innocent individuals has left the Lone Star state tarnished where NO JUSTICE was received.  United States Supreme Court justice Antonin Scalia has been quoted as saying there has not been “a single case – not one – in which it is clear that a person was executed for a crime he did not commit.  If such an event had occurred in recent years, we would not have to hunt for it; the innocent’s name would be shouted from the rooftops.”Some of the nation’s best investigative journalists and leading publications have exposed grave errors leading to the execution of innocent people.  Read about Carlos DeLuna, Todd Willingham, and Ruben Cantu.

In 2011, the case of Troy Davis brought worldwide attention to the possibility of executing the innocent.  Now you decide – was Justice Scalia wrong?

As you read through this tragedy, I’d like you to keep a few things in mind.  During the investigation of Michael Foster’s murder, numerous items of evidence were collected: fingerprints, handwriting on the walls and body of Mr. Foster, DNA, blood and hair, and more.

Brian E. Davis sits on death row in Texas for the killing of Michael Alan Foster, and can be excluded as a contributor to any of the evidence.